Sea Monster Pirate Set is an Adventures and Collectible Railway set. It features a pirate ship which the included ocean covered Thomas can go inside. Rocking the ship which has been captured by the sea monster back and forth can move Thomas up to the top where activates a feature which drops a treasure chest out as well as make the sea monster's mouth close. Then he can safely escape with the chest out the other side of the ship. Engines can also hang off the tentacles of the sea monster. 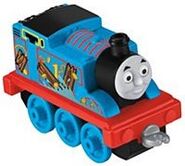 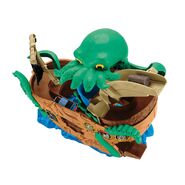 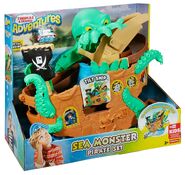 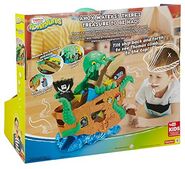 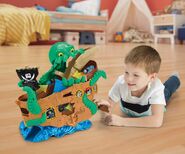 Add a photo to this gallery
Retrieved from "https://thomaspushalong.fandom.com/wiki/Sea_Monster_Pirate_Set?oldid=22899"
Community content is available under CC-BY-SA unless otherwise noted.